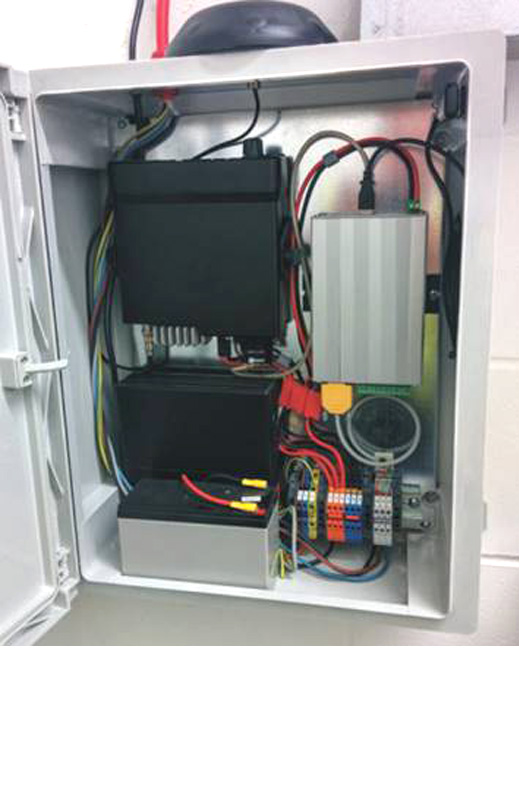 The leading commercial property and real estate services adviser CBRE turned to DCRS to assist with communications for their new build based in the western fringe of the City of London, set 59 meters above New Fetter Lane. In a building where there is public access, they needed all staff to communicate instantly and clearly anywhere within the building.

“When we initially surveyed the site it was essentially still in the build stage, they needed a safe, secure and reliable radio system that could penetrate through the materials used,” Daniel Scotney, Sales Manager DCRS commented. “We worked out the finer details as the project continued and the client’s requirements evolved as the building took shape.”

Due to the modern construction of the building the materials utilised shield radio waves, therefore, there was the need to provide a split antenna system to ensure the RF signals were distributed throughout the 12 floors and down into the basement area.

Hardware: The system comprises of one MOTOTRBO SLR5500 repeater which provides two channels and this supports the feature rich hand portables the MOTOTRBO DP4800, allowing everyone to talk in real time, access additional features and deliver a feeling of safety for all users.

The hand portables were deployed to Security, Maintenance and the resident legal firm Bird & Bird. As the majority of users are lone workers they opted for a series of ‘protection’ features:

The MOTOTRBO™ hand portables also eliminated background noise, giving clear, crisp voice transmissions ensuring that each message is received and understood which was a must for maintenance users that visit areas such as the basement boiler room where background noise can be an issue.

Software: The team selected the DCRS Unigateway X to connect into their Fire Alarm system which notifies all radio and mobile phone users what area the Alarm has been activated in, allowing for an increase in the speed of reaction.

This video demonstrates how it works: