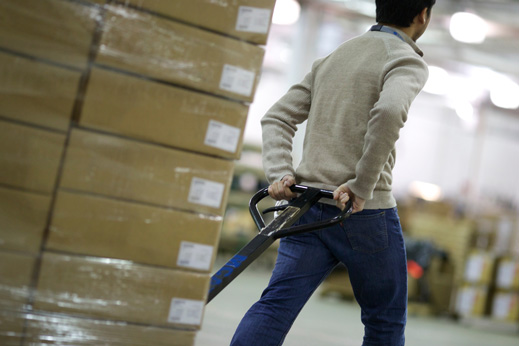 Boots the Chemist is the United Kingdom’s leading health and beauty retailer. The company supplies its 2,600 outlets in the UK and Ireland from an 800,000 sq ft Stores Service Centre (SSC) in Nottingham. The SSC stocks thousands of product lines and is set to handle Boots’ entire range by 2009. It operates 16 hours a day, six days a week and services many stores on an almost daily basis.

Boots the Chemist wanted to replace the different mobile and DECT communications systems used at its Nottingham Store Service Centre (SSC) with a single onsite solution. MOTOTRBO was implemented in half a day. The cell-phone look and feel of the handsets ensured rapid user adoption, while MOTOTRBO’s flexible programming capabilities enable the radios to meet the needs of all user groups. MOTOTRBO has helped the SSC to improve response times, boost operating efficiencies and cut costs.

MOTOTRBO Offers Maximum Value for Money with Unrivalled Performance and the Flexibility to Meet the Needs of Multiple User Groups.

The SSC selected MOTOTRBO for its comprehensive, scalable, next-generation feature set that would also support its requirements for a lot longer than older analogue technology and make on-site communication between all functions and work groups simple and efficient.

“Motorola is the gold standard for quality and reliability in two-way radio. I am confident that we will achieve a 100% return on our investment within 12 months.” Chris Revill, Logistics Engineering Manager, Store Service Centre, Boots Plc

Reworking day-to-day practices and escalation procedures around the functionality of the MOTOTRBO two-way radio system is already generating significant efficiency benefits. The SSC estimates that it saves five minutes per person per day using the radios, which adds up to almost six hours per day or nearly five man- days each week. These efficiencies have been achieved within only three months of go-live and the SSC anticipates even greater savings in the future.